‍
Interactive D3.js bar graph on Glitch
‍
This bar graph compares the percentages of each attribute that the male participants voted were the most important in a romantic partner across different countries.
‍

Strategies of Using Data to Support a Hypothesis

Making Data Interactive at Emily Carr University of Art & Design
February 2019
‍
Each student used the same CSV dataset on drug usage from the 1990's to support their hypothesis.
‍
My hypothesis was for the audience to see that hashish and marijuana has become more accessible compared to other drugs over the years, and that the usage of this drug increases drastically from age 13 to age 15.

Area graph made on Tableau using drug use dataset
‍
Area Graph
Because the emphasis of this graph is on the filled area of the shapes, it makes it seem like many 15 year olds are using marijuana compared to 13year olds and other drugs.

In addition, the scale is used hereto bring emphasis on the trends (the steep rise in marijuana usage) as it caps at around the value of only 30. The steep rise is also misleading as data in between the values are skipped.
‍ 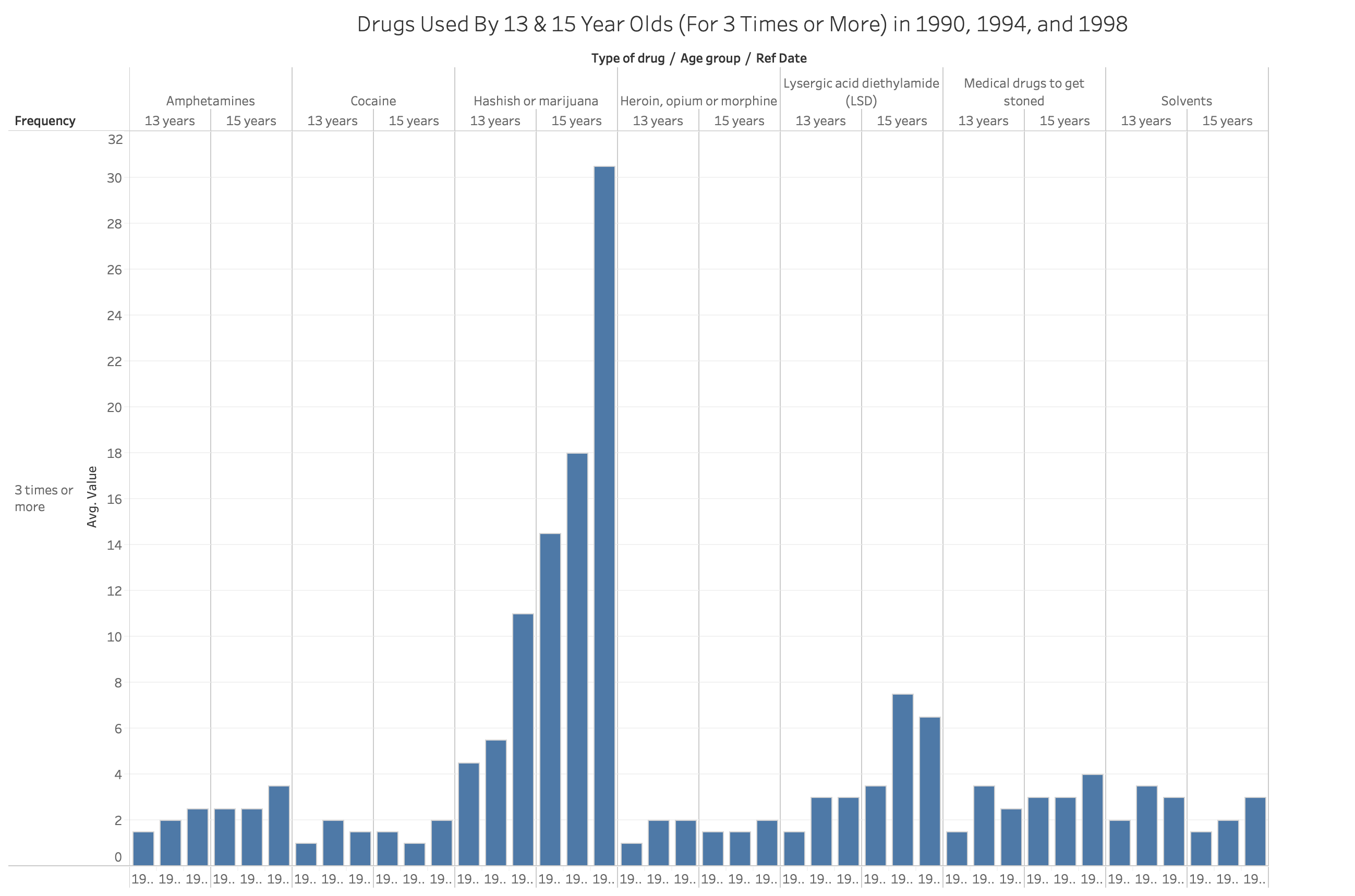 Bar graph made on Tableau using drug use dataset
‍
Bar Graph Compared to the other visualizations, it shows the changes in marijuana usage between each year the most drastically, as the bars stagger with big differences.

As the colours of the bars are the same, this graph purposely makes the data about marijuana stand out compared to the rest of the drugs and places emphasis on differences of drug usage between each drug rather than between the age groups and years.
‍ 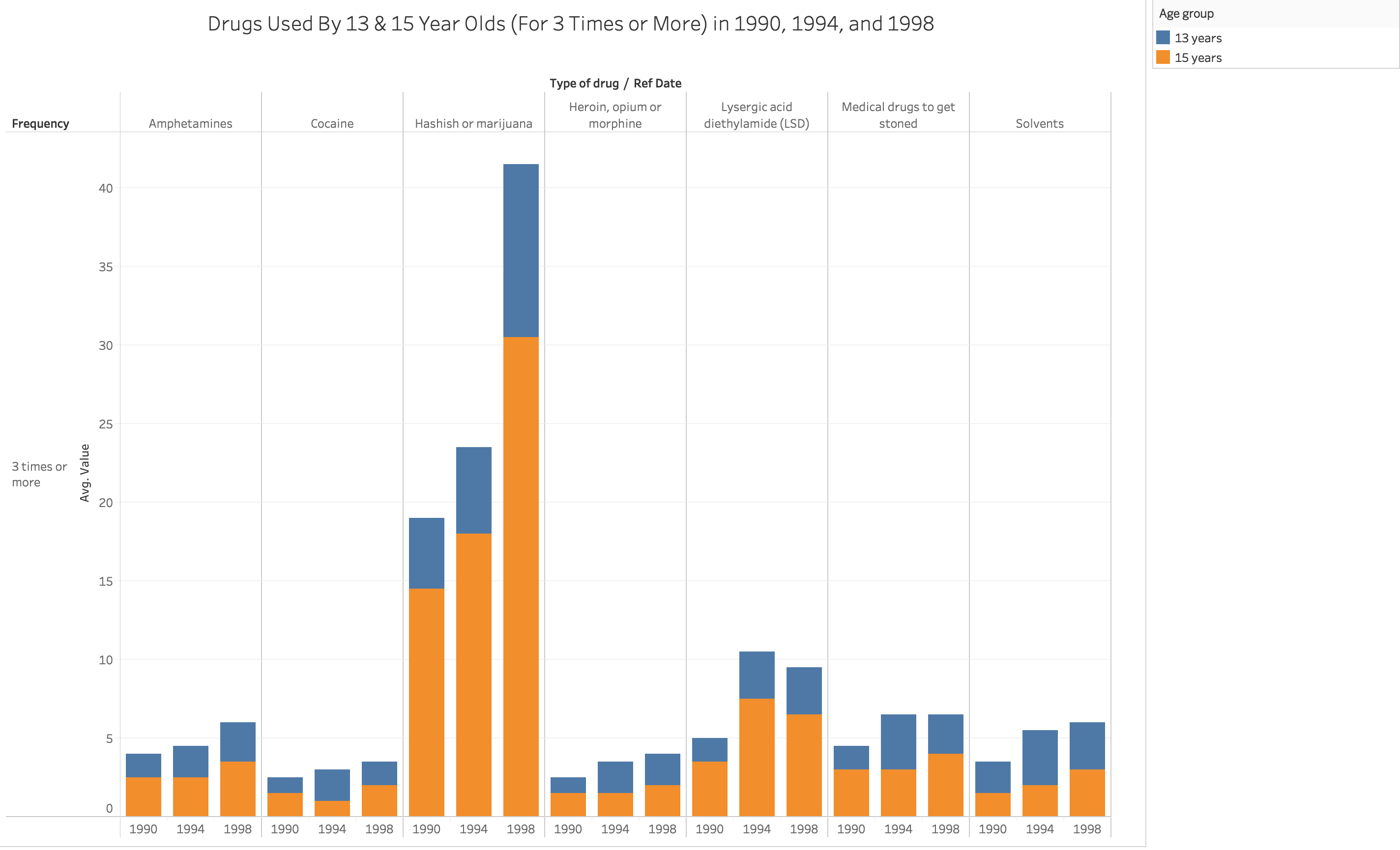 Stacked bar graph made on Tableau using drug use dataset
‍
Stacked Bar Graph This graph emphasizes the drug use in 15 year olds the most. Because so much of the graph is orange coloured compared to navy, it leads the viewer to think that 15 year olds use drugs a lot more frequently than13 year olds. As the bars are stacked, the data set of 13year olds does not start at 0. This makes it difficult to compare the frequency of drug use for 13 year olds in each drug category.
‍

Link to the app available soon